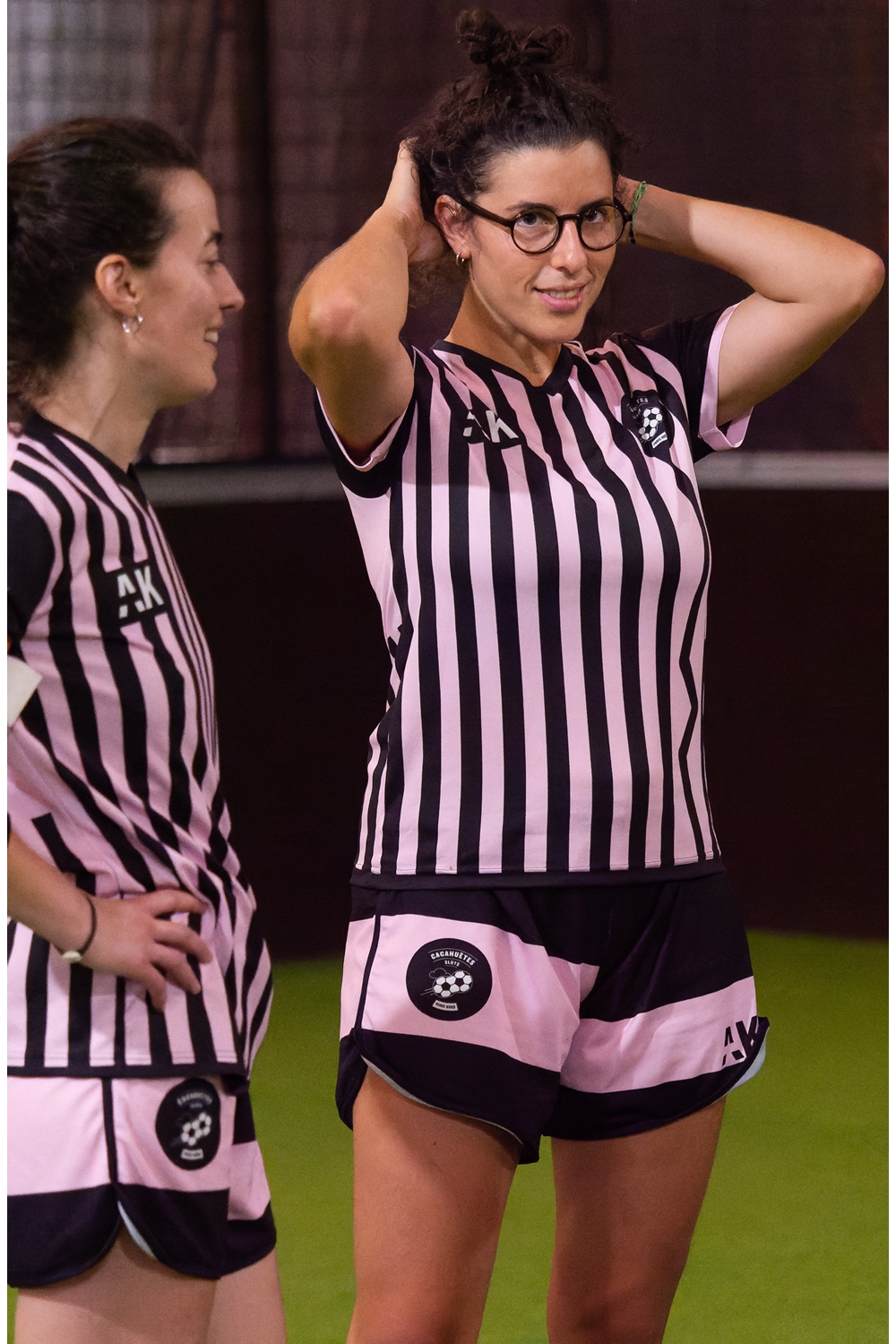 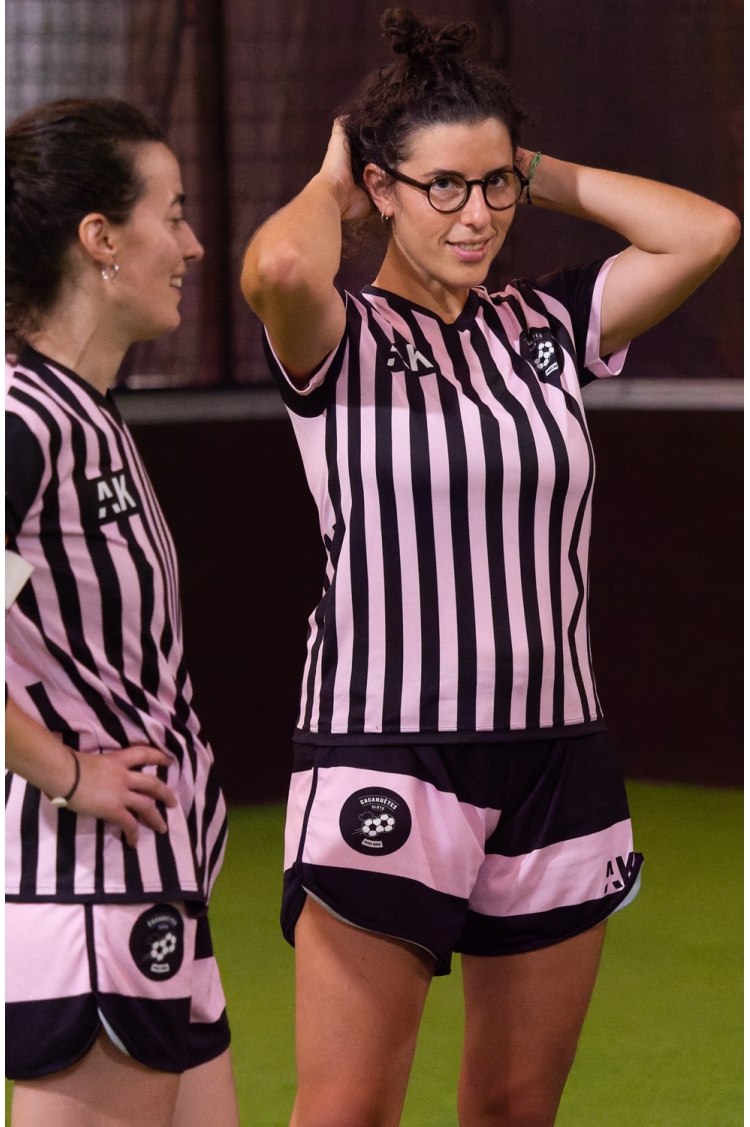 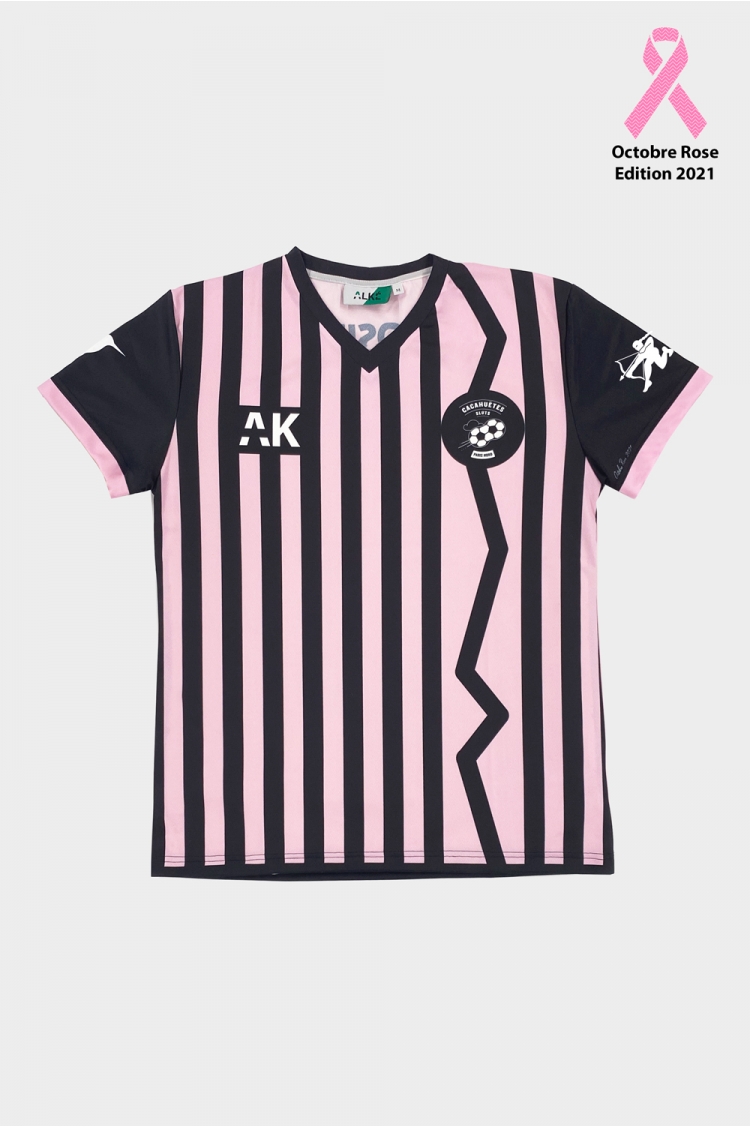 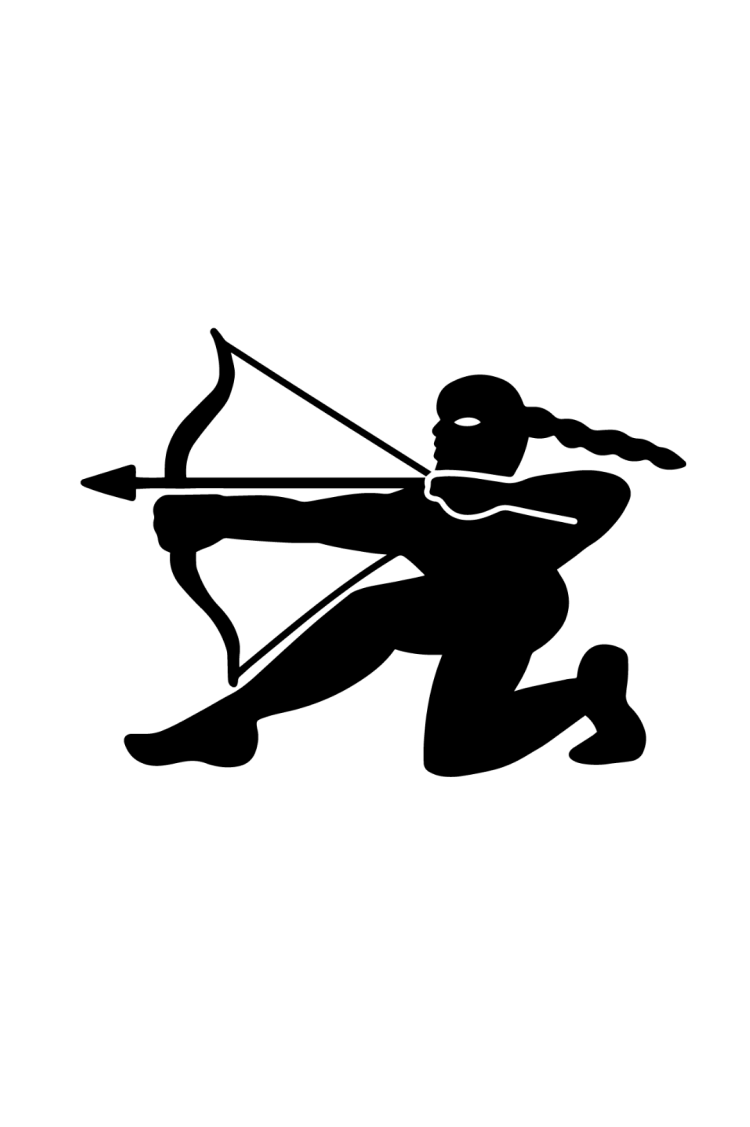 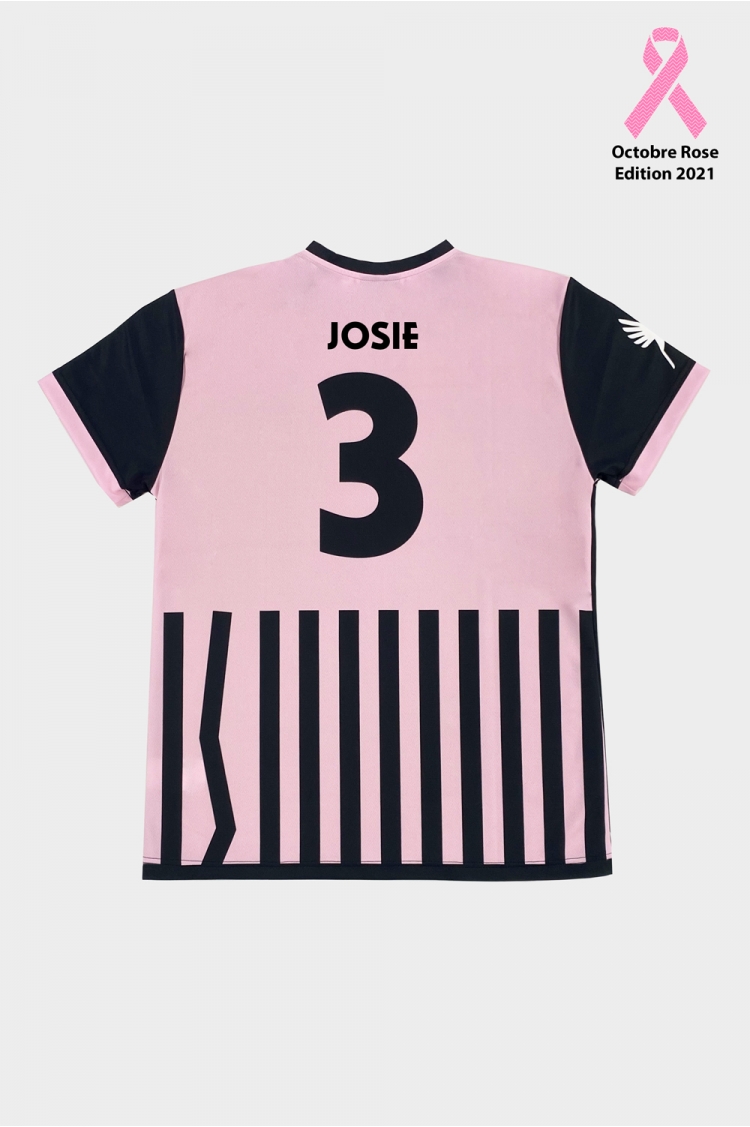 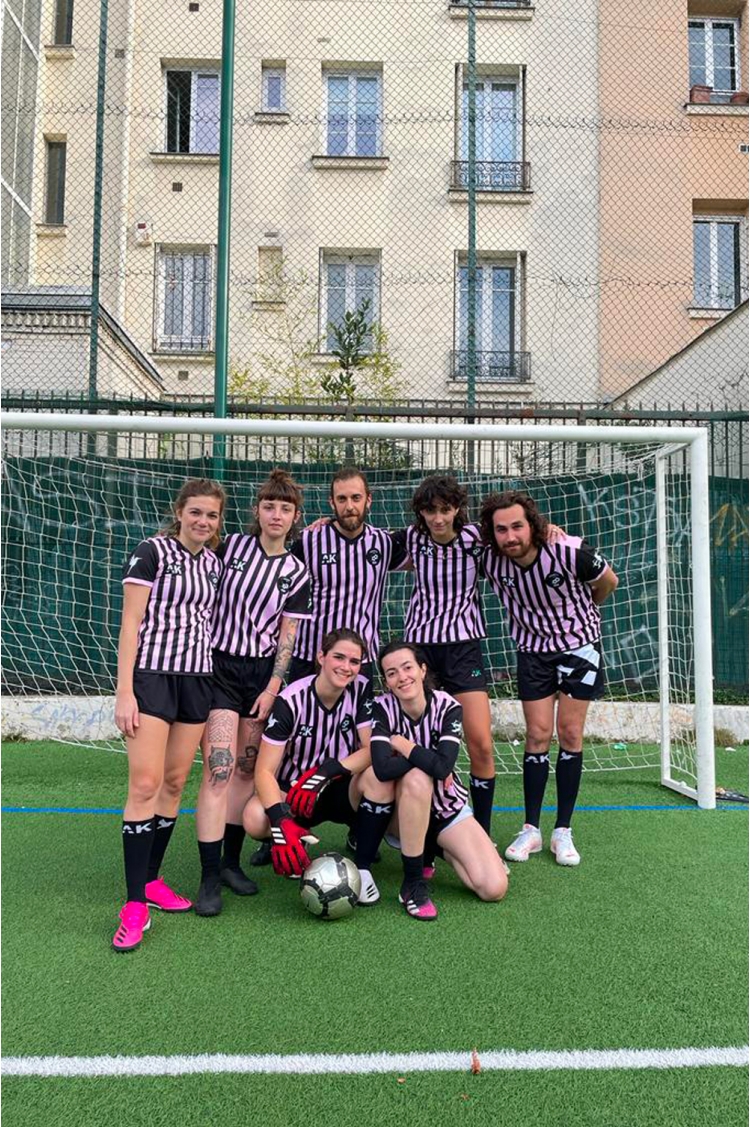 €49.00
Pre-order item during the month of October - It will be delivered early december

The jersey is on pre-order during the month of October for delivery early december.

Cacahuètes Sluts is an alternative, creative and committed women's football team. Founded in 2012 in North Paris by a group of girls, the team draws its roots by creating interactions with other women's teams and by playing 5-a-side and 7-a-side football. The Cacahuetes Sluts celebrate women's football on the pitch in friendly matches, by participating in tournaments in Paris and abroad, by offering initiations during open trainings. But the team doesn't stop there! Off the pitch, they organize and co-host events that bring together a diverse, colorful audience to celebrate the culture and art of football. The team, very committed since its creation, decided to join Pink October Operation to raise awareness among its members and the surrounding community. It is also for us the opportunity to be in the action and to directly help an association which fights against breast cancer.

Jersey designed by Fati Rouina and Sara Guédès. Original illustration of the Amazon by the artist Pablo Grand Mourcel.

The idea of ​​the jersey is to combine vintage graphics with a strong message. The regularity of its vertical lines is broken by a broken line at the level of the left breast. This line tends to symbolize the scar left by a masectomy (operation consisting in removing one or two diseased breasts). We named our Kit "Arrow Kit", in reference to the amazons, courageous warriors with cut breasts.

For Women's jersey, we recommend taking your usual size.

In Greek mythology, ALKÉ was the goddess or spirit of courage and prowess. To this goddess, we have associated an emblem, the hummingbird, symbol of Velocity, Elegance, Diversity and Surpassing oneself.